Here’s the thing. I can’t “know” my food. I just can’t. As an example, a few years ago we bought a bunch of baby black ducks to raise and butcher. As soon as those adorable little devils were let out of the cage, I knew there was no way I could eat them. Matt, with a deep sigh, also knew.  When we have discussed the possibility of raising chickens, or a cow, pig, or lamb to butcher and eat…it’s the same thing. I just can’t “know” them.

As a kid, I helped every spring when we butchered chickens. I would grab their legs and swiftly chop off their heads, allowing us to actually see the phrase “running around like a chicken with its head cut off.”

But now, I can’t even fathom the thought.

I fully appreciate our friends who are able to mentally separate pets from animals for food consumption. I’m very thankful for them because I want to eat local food and although we eat a heavy non-meat diet, we both enjoy meat. I just can’t be a part of it. It’s ridiculous, I know. And, I am gradually trying. BUT, I’m not there yet.

I met our pigs a couple times, when we dropped off buckets of apricots and apples. Man, they are messy creatures. I know these pigs lived happy and healthy lives up until the very end. They were loved during their lives and dispatched quickly. Yet, I avoided the carcasses suspended from our garage rafters.

I need to get there, though, because eating local is a target goal for us. Just like the vegetables we grow, we know what these pigs ate and we know they weren’t pumped full of antibiotics and who knows what else. They weren’t kept in tiny pens. They played in their water hole and soaked in the summer sun.

We don’t eat a large quantity of meat, but what we do eat has extraordinary flavor…a result of being raised locally on good food and love. These two furry beasts have filled our freezer as well as my parents’ freezer with so much food. We have pork chops, ribs, roasts, tenderloins, pork cheeks, bacon, ham, ground pork, brats, various sausages, and breakfast sausage.

This year, in an attempt to respect the life they gave and use as much of each animal as possible, we made lard. My Grandma Bouchie always used lard. Sometimes, maybe she shouldn’t have. When she fried up apple fritters, for example. That little background piggy flavor sort of detracted from the yummy fritters, made using apples from their orchard just down the road.

It was fun to render lard, though. And, it turned out so nicely. We’ve been using it for everything from frying eggs to sauteing vegetables. No apple fritters, though. I know better.

The process is really easy. Add a little water, 1/4 cup should work, to a crock pot. Fill with cold, ground pig fat. Turn on low, cover, and cook for an hour. Stir and then cook for another hour or so. At this point, the lard will have separated from the remaining pork bits. Strain through cheesecloth into clean jars and refrigerate. Don’t toss the leftover porky bits. Those tasty bits fried until crisp are excellent in tacos, on top of salads, or scrambled with eggs. Enjoy. 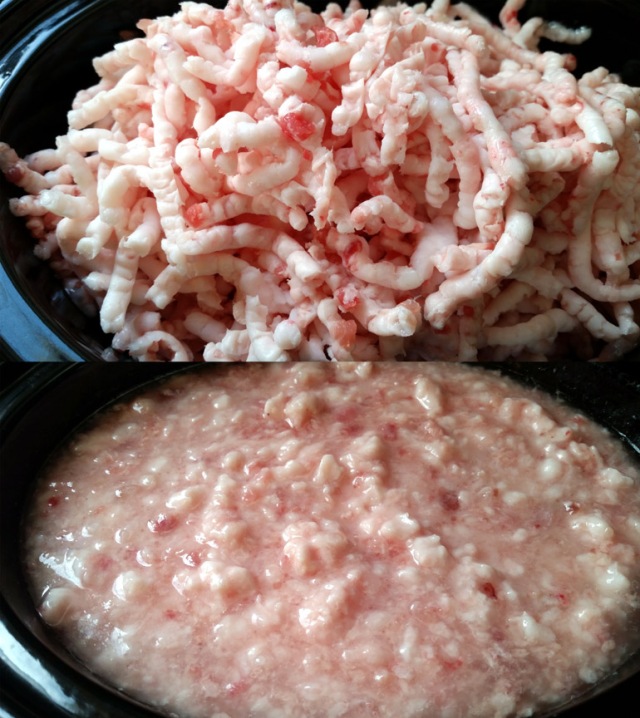 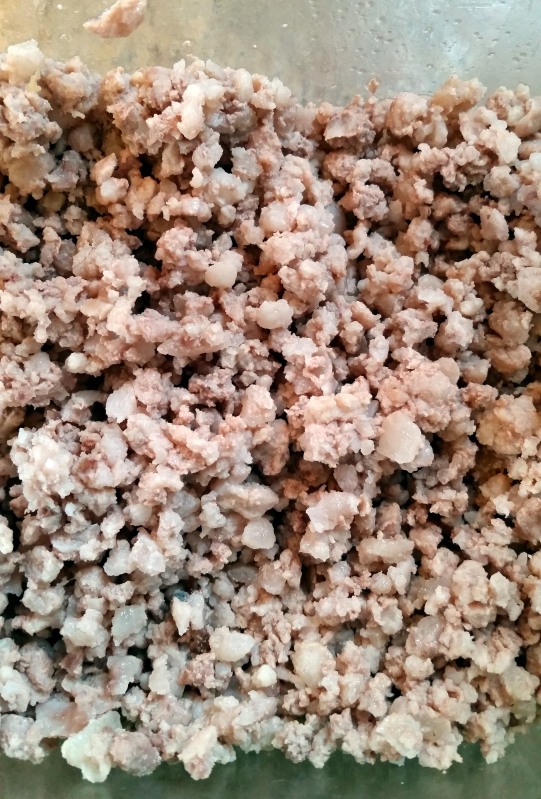 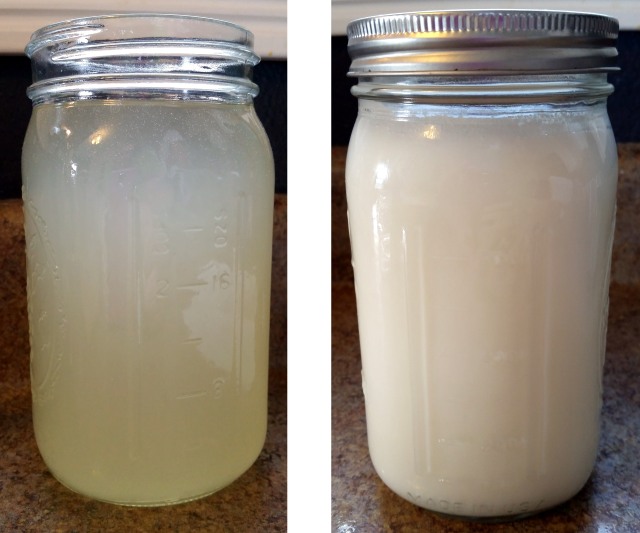 3 Responses to Knowing My Food